Not to compromise on the Chinese market

Not to compromise on the Chinese market 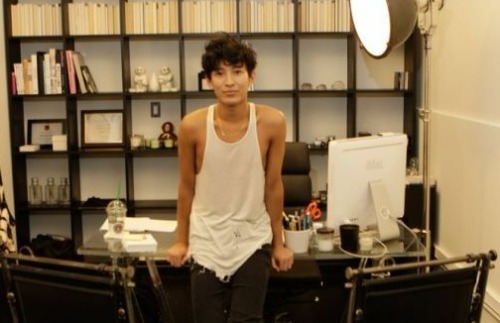 Do not compromise on entering the Chinese market - Alexander Wang

In the past month, this yearâ€™s biggest fashion case has been hanging over the appetites of people in the circle. Two weeks ago, the authoritative fashion media WWD (Women Wear Daily) also released a message, saying that British designer Christopher Kane got the position of creative director, but soon, PPR Group issued a statement that it was a fake news. The enthusiastic media has also selected a long list of candidates for Balenciaga, including Alexander Wang, Joseph Altuzarra, Mary Katrantzou and Pedro Lourenco. All of the news revolves around these new designers. No one cares about Nicolas Ghesquiere, who originally brought the Balenciaga from an old-fashioned dragon brand back to the front line. However, not long ago, he designed the spring and summer 2013 for Balenciaga. The section was also well received by the entire fashion circle. But no way, Fashion Circle is so love of new people.

Nowadays, the biggest concern for Balenciaga now is, what does Alexander Wang bring to this ancient Parisian brand? Will he become Mark Jacobs (LV Creative Director) as a design director who builds his own brand and service brand as well? He and Balenciaga, who can benefit more?

It's better to talk about what kind of designer Alexander Wang is. An online hot post can explain his design style well. In this post, the fans posted a photo of Hollywood bad girl Lindsay Lohan wearing a pure white T. Landlord let all fashionistas guess what brand this white t-shirt is.

The white shirt is the most basic design in the clothing, and its details can be ever-changing and can remain unchanged. Then someone quickly gave the answer: "Alexander Wang." Why? Because of his brand's white shirt, he always designs a side-pressure pocket on his chest.

This is the exquisite and authentic Chinese designer Alexander Wang's excelling, and he is good at handling the edge, and he is more familiar with the use of cashmere. After launching his own clothing in New York in 2007, his MOD ("model-off-duty-look" concept has been deeply rooted in people's minds. He thinks that good clothes don't just make models look good on the T stage, but more importantly, It is also suitable for people to wear in life.

Although Alexander Wang is of Chinese descent, he is a truly "banana man." He was born in Los Angeles, California in 1983. He moved to New York at the age of 18 and studied design at the Parsons School of Design. However, he did not complete it. This four-year college, in the last two years, he dropped out. It is incomprehensible that his mother actually supported his decision. Maybe his mother understands better than him. To survive in the fashion circle, it must be as early as possible. What's more, Alexander Wang has laid a solid network of contacts for his fashion.

The devil's head favored plus

In the second year of college, he received an internship at Marc Jacobs. Immediately afterwards, he went to an internship at Vogue magazine. To realize that VOGUE is the magazine of the entire American fashion, it is an extremely important part of the global fashion industry chain. His brief career experience from Marc Jacobs to Vogue allowed him not only to learn tailor-made clothes, but also allowed him to gain a network of fashion circles before becoming famous. Anna Wintour, editor in chief of Tom Ford's â€œVOGUEâ€, once favored him. He also received professional guidance from the American Fashion Associationâ€™s mentors Diane von Furstenberg. These accumulated good contacts and him. His excellent design talents eventually allowed him to win the US VOGUE/CFDA Fashion Awards in 2009. In 2010, he took the CDDA Most Potential Designer Award.

Today, just under thirty years old, he was nominated as the creative director of the Balenciaga. Just like Jeremy Linâ€™s whirlwind in the NBA, the Chinese fashion world also started to cheer: â€œFashion designers with yellow skin and black eyes are World recognized!"

That's right, but this is not something that any non-American Chinese designer can do. More precisely, how does his success have to do with Chinese status?

Alexander Wang first officially appeared in the Chinese Fashion Circle in May this year and opened its own brand of the worldâ€™s second flagship store in Sanlitun, Beijing. At this party, we really felt that he had nothing to do with the concept of "China." Before he agreed to accept our interview, he asked nervously: "We are doing this in English, right? ( Our interview was done in English, isn't it?)

It was also during this interview that for a moment, I felt that he did not particularly like the relationship with the term "Chinese-American designer." When he was asked whether he noticed the rise of Chinese-American designers in the world fashion circle, he said he noticed. Asked the reason, he said earnestly: "To be honest, I really don't know. I don't know what the reason behind is. I can tell my own example through my own story. I have established a team of young designers in New York City to pursue their reasons, and I think it is because the CFDA (American Fashion Designers Association Award) and VOGUE have a lot of attention and support, which makes people pay more attention to Chinese designers. As one of them, I personally feel very honored."

The difference between a Chinese-American designer and a Chinese designer is probably rooted in this. The former does not have any concept of placing Chinese elements on clothing, nor can he say that he must promote traditional Chinese culture, not to mention most of China. Designers sharpen their heads to make exaggerated designs and find their irritability. They have a natural advantage and always live in the birthplace of fashion. All Chinese designers who have risen in recent years are from New York.

Compared with other famous Chinese designers, he is too young and only 28 years old this year. He won't be like you, Marc Jacobs or Tom Ford, in the interview with a glamorous look and you don't like Diane von Furstenberg, holding "I've seen the unspoken rules of your fashion circle, now just to see** * What's the difference? He was a bit overwhelmed by the honor of being young nowadays, and he answered very seriously and sincerely - of course, he speaks very fast, just like the American gay designers in "Flyover of the Sky" who are full of confidence - only That awkward gas field.

Do not compromise on entering the Chinese market

In the face of such sincerity, our questions have become more direct. When we ask him whether his Chinese background will affect design? He resolutely denied that, as mentioned earlier, although he had a face that China could not re-China, he would not subject himself to specifically incorporating the design of any Chinese traditional elements into his clothing. Moreover, it will not compromise in order to enter the Chinese market.

Of course, Alexander Wang is more clever in explaining this, and the answer is simply flawless. â€œI have lived in New York for more than a decade, and I have never designed for the New Yorker because I think my customer base is a global citizen. My design is broader and more emotional. Our generation is based on culture, music, It's linked, not background."

Interestingly, another Chinese designer, Phillip Lim, had the same ideas. In the autumn of 2010, he had done a massive fashion show in Beijing and had been asked the same question. His answer was: "I never design Chinese clothes. I design the clothes of the world."

This may also be the basis for the Balenciaga to pick him up as the design director. He is extremely talented and his appeal is absolutely first. Some things Alexander Wang designed for his own brand in the last two years are really easy to sell. He said in an interview with TeenVogue two years ago that â€œOthers think that our family has its own production equipment, so we can make so many clothes. This may be because of my Chinese background. But none of this is true. My job is simply designing the clothes I want to make."

The JMY Custom Cufflink with ritzy and luxury exterior,The metal part is made by 316L stainless steel,can plated gold,silver,black,rose gold.And also can custom matte and antique color.The exterior can enamel the color you like.Trendy and classical.We usually are strict in quality and service.Every process will without flaw.High polishing made it with a mirror face soft.And wear it,can make you feel more confidence.