The guy grabbed the gold necklace in the name of buying gold jewelry.

The guy grabbed the gold necklace in the name of buying gold jewelry.

Recently, a gold jewelry store in Guyang Town, Dantu District has a thrilling scene: a guy in the name of buying gold jewelry, openly grabbed three gold necklaces in broad daylight. Only a few minutes after the incident, the enthusiastic people in the vicinity ignored the danger and jointly arrested the young men in a small ditch near them and seized three gold necklaces worth more than 50,000 yuan. Yesterday, I was informed by the Dantu police that the reason for the manâ€™s crime was ridiculous. â€œI was arrested, so I can avoid debt.â€ The man has been criminally detained. 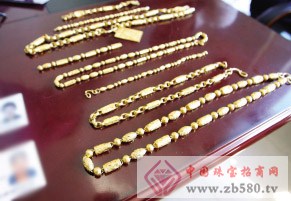 According to Wenmou, the owner of the gold jewelry store, at 11 o'clock on the morning of June 23, a young guy with a foreign accent came to the gold shop and said that he wanted to buy a few gold necklaces to be processed into beads, so that Wengou chose three. The thick gold necklace, then said that the money is not enough, call to borrow money from friends and did not borrow, they left.

After Wengâ€™s reaction came over, he shouted â€œSomeone grabbed goldâ€ and pulled out the counter to catch up.

Several shopkeepers and nearby customers who are doing the clothing business on the side, rushed out after the news. The man ran along the path to a small bamboo forest beside the Sanshan Farmers Market, and the masses behind him never gave up. After chasing about 800 meters, the man was so tired that he stumbled over a small ditch next to him and was captured by the people who came later.

Weng immediately called the police, and the police at Sanshan Police Station took the man back to the police station. After preliminary examination by the police, the man surnamed Li, Yangzhou Baoyingren, was only 19 years old this year. Recently, he borrowed 30,000 yuan from the friends for business. He had no money for economic difficulties, but the creditors had two days to collect debts. Li was forced to think of robbing the gold shop.