Well-known clothing company Youngor folds financial investment
The well-known domestic garment company Youngor, due to the low profit rate of the textile and clothing industry, has been accused of â€œnot doing a good jobâ€ in recent years in the fields of real estate and finance. Li Rucheng, head of the company, responded and questioned: â€œDon't think of Younger as just a clothing company. It may be possible to build satellites after decades.â€ Since last year, real estate has undergone macro-control and the domestic stock market crashed, making Youngorâ€™s diversified business strategy has been hit hard and making satellites is temporarily unlikely. Now they have to adjust their business strategies and concentrate their resources on the â€œold lineâ€ brand apparel.

Younger was involved in a series of private placements last year, which cost nearly 3 billion. The annual report shows that the company disposed of transactional financial assets and available-for-sale financial assets in the past year totaled 1.178 billion yuan, accounting for approximately 44.94% of Youngor's total profit for the same period.

Data shows that from June 23, 2010 to May 7, 2012, the companyâ€™s vice chairman, Jiang Qun, conducted 30 share reduction transactions through the secondary market, with an average reduction of 139,900 shares each time.

Into the real estate 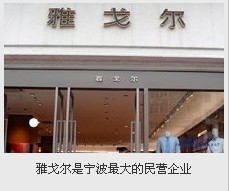 As a large-scale private enterprise in Ningbo, Youngor has made great inroads into real estate in the past few years and has frequently become the land king of Ningbo, Hangzhou and Suzhou at a high price.

Soaring house prices are much higher than clothing

In 1999, the government began to stop the welfare housing allocation system nationwide and promoted the housing distribution monetization system. At the same time, the commercialization of Chinaâ€™s real estate market has also begun. In the past decade or so, although the level of house prices has undergone a phased adjustment due to the role of government regulation and control policies, the overall average transaction price has maintained a trend of steady increase, and the prices in 2007 and 2010. Rise faster.

The rapid rise in house prices and the natural increase in profits have been quite attractive for apparel companies with low profits, small industry space and fierce competition. As a leading company in the domestic apparel industry, Youngor naturally will not let such investment opportunities.

After 1998, Youngor began to expand significantly in the real estate industry with various advantages in Ningbo. Youngor is also known as the initiator of high-end developments in Ningbo.

Under the pressure of real estate regulation, Youngor still spends a lot of money on land, so he is also accused of being a promoter of high house prices.

According to public information, as early as April 21, 2004, Youngor Real Estate photographed 3,04, and 05 plots of Hudong in Suzhou Industrial Park in Suzhou for a total price of 1.413 billion yuan, which was the first place Younger won in the offsite. In July 2007, Youngor Real Estate entered Hangzhou and became "the king of Hangzhou."

In February 2008, Youngor Real Estate returned to Ningbo and won a piece of land at Ningbo Beijiao Road at a total price of 979.7 million yuan, a floor price of 13,100 yuan per square meter, setting the highest unit price for Ningbo land listing and transfer, Ningbo New "The king of the earth" declared its birth.

High-cost landlord Youngor had to use high-end positioning to build homes, but buyers in the Yangtze River Delta did not buy it. Youngor's brand as a high-end real estate developer is not as good as a veteran real estate developer such as Greentown. The purchase restriction policy that was introduced afterwards has influenced Youngor's development to a large extent.

Last year's annual report showed that the profit of Youngor's real estate development was not as high as that of the main business branded clothing. The Younger's branded clothing operating margin was 65.66%, while the real estate development profit margin was only 44.75%. Originally thought that investment in real estate can get higher profits, did not expect to take the wrong time, take the land price is too high, making the income far worse than expected and other housing prices.

In the five years from 2007 to 2011, the net profit of the Youngor's room from real estate was nearly 3 billion yuan, and the average annual income was about 600 million yuan. In most years, Youngorâ€™s real estate business uses more than 10 billion yuan of funds. Net profit and capital investment have formed a strong contrast. Such gains are even lower than the one-year bank loan interest rate.

Currently, Youngor's book cash is 3.23 billion yuan, but it has to deal with short-term interest-bearing liabilities of 17.46 billion yuan. Under such pressure of debt service, Youngor did not acquire land in the first half of 2012 and temporarily did not expand its real estate business. Even so, Youngor's real estate inventory of 21.152 billion yuan at the end of last year made the company run on thin ice. 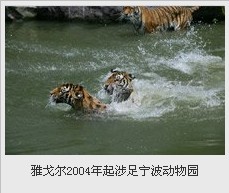 Once upon a time, the size of the Youngor Group's financial investment was rapidly expanded under the management of Shanghai Kaishi, and the investment income was also considerable. However, finance itself is a high-risk industry. Since last year, the majority of A-share stocks have plummeted, causing Youngor to adjust its previous diversified development strategy, reduce financial investment, and return to the main garment industry.

Financial investment was the biggest source of profit

In the past few years, China's capital market has been distorted by "fighting new rules," which has been very effective: If the new IPO, or private placement, will be able to win, investors can earn money by lying down. However, by 2011, with the decline of the macro economy, the A-share market continued to fall, and most stocks have fallen in price, and many fixed-income stocks have been severely damaged.

On the eve of the release of this yearâ€™s interim financial report, Youngorâ€™s rumors of â€œsplitting upâ€ with investment adviser Chisker Investment emerged. According to media reports, due to the dismal market conditions, investment losses, and the continuous division of interest lines, Youngor and Chisker Investment have â€œfailedâ€. However, the two companies have since played down the rumors, but they also confirmed the fact that Kaishi Investment will adjust its shareholding structure.

For such business situations, the solution proposed by the chairman of the company, Li Rucheng, is: â€œStrictly control the investment in real estate, adjust the scale of investment in a timely manner, and concentrate resources on branded clothing.â€ Younger, who started as a clothing company, has achieved three-point performance in recent years, but Under the control policy, real estate is no longer booming, A shares are in the doldrums, and the value of financial assets is subject to fluctuation risks. Therefore, they have to shrink their businesses and return to the main business of clothing. Whether this can be adjusted for success still requires market inspection.

Youngor has been accused of â€œnot doing a good jobâ€ because he has moved to real estate, finance, and other fields in recent years. The profit margin of the textile and clothing industry is not high. This is also a problem faced by many domestic manufacturing companies. Since last year, real estate has undergone macro-control and the domestic stock market plummeted, which has caused Youngorâ€™s diversification strategy to suffer severely and the troika model will cease to exist.

This is a product designed for paper-cut or embroidery products and their derivatives. They are handmade and made with Chinese characteristics and traditional methods.
Embroidery: The hand-embroidered bag material is made of high-quality fabrics, hand-embroidered by a line of embroidered women, and carefully needle-stitched. The Embroidered Brooch is designed with traditional Chinese butterfly shapes and flower shapes as a sample, traditional and retro.
Paper-cut: Taken from Chinese traditional red paper, the paper is cut by Chinese non-genetic inheritors and senior art masters. The shape depends on the local scenery or legends, especially the portrait paper-cut, which is vivid and vivid.