Victoria's Secret believes anyone who understands underwear brands knows that it is a well-known underwear brand in the United States. Recently it introduced underwear, titled "Sexy Geisha," and was hit by Asian communities Dissatisfaction, is considered an attack on Asian women.
But this season's "Victoria's Secret" new designer claimed that his design inspiration comes from Asia, allowing customers to 'touch the East pleasure', so named as "sexy little geisha." The picture below is this promotional map: 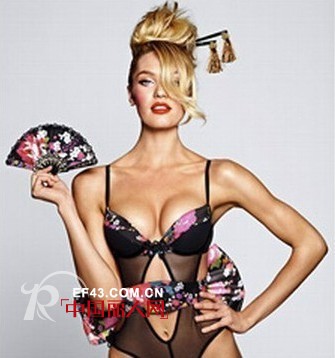 Because the "head hairpin to sleep," this element comes from Hollywood or even pornography of Asian women portraits, if used in underwear accessories is to be considered clearly, and because the new model is also Asian, so it is possible designers Do not really know that such a design can be discriminatory, but it may also be intentional.

Some netizens claimed that "sexy little geisha" is completely distorted by oriental culture. Designers want to show that oriental culture can be designed using more exotic red, fan accessories or flower designs, rather than to satisfy people's mystery Eastern racism strips away the truth. There are netizens that this exotic is a "senior insult."

The current underwear brand promotional photos have been removed from the "Victoria's Secret" official website.